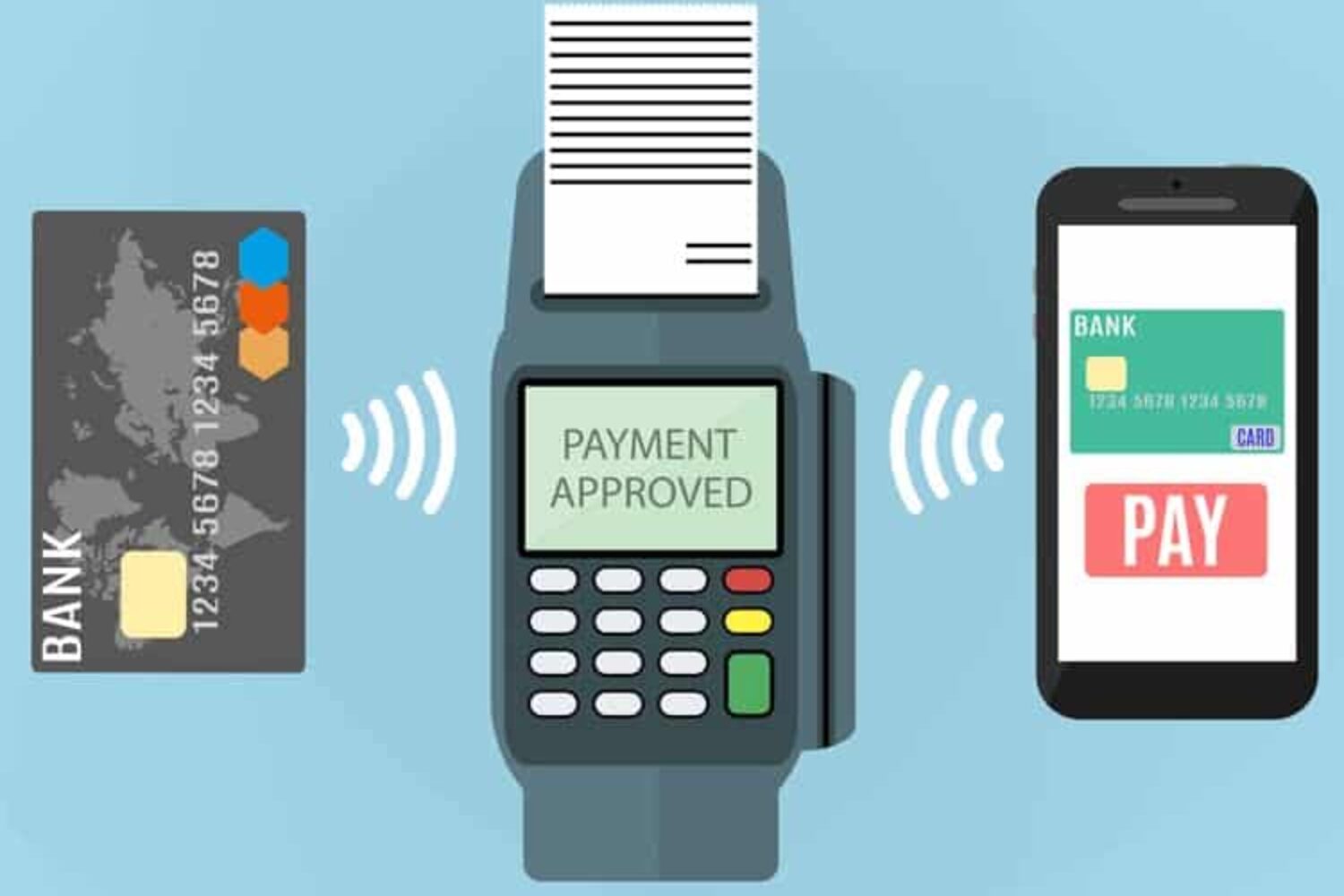 As the cashless economy continues to grow businesses must plan for the future by enhancing customer experience to appeal to the new generation of tech-savvy Brits.

There was once a time when small businesses would only accept cash as a means of payment, but many of those same businesses are now replacing traditional tills with contactless technology as tech-savvy consumers demand quicker and easier cashless alternatives.

Indeed cashless payments are no longer a luxury but a customer expectation.

Debit card payments leapfrogged cash as the most popular form of payment in the UK for the first time according to data published earlier this year, 12 months sooner than expected. Hardly surprising given there are now more than 100 million contactless cards in circulation.

According to industry figures from UK Finance, British consumers used their debit cards 13.2 billion times last year, up 14% from 2016, while the number of cash transactions fell by 15% to 13.1 billion during the same period. Over the next decade the number of cash payments is predicted to halve to just 6.4 billion, the equivalent of 16% of all transactions.

Amid the rise of payment apps such as Monzo and Apple Wallet, businesses – no matter what size – need to prepare for a cashless future or risk being left behind.

With churches now using contactless technology to take donations and a number of Big Issue vendors and buskers doing the same, there is no excuse for smaller businesses.

Out with the old, in with the new

Tech-savvy consumers are the future, according to Bosh McKeown, the CEO and co-founder of independent London-based coffee chain The Attendant, and he doesn’t want to be left behind.

The Attendant operates across four sites in Central London and made the transition to a cashless operation in April after analysing a number of data points and recognising the most popular demographic that was walking into its store.

“Our cash payments continued to decrease rapidly year on year, so we’ve known for a while that we wanted to go cashless, we just needed the guts to go and do it,” McKeown says.

As well as improving processes for staff, he says going cashless sets his venture apart from competitors because it has the ability to attract and retain modern day consumers who prefer the speed and efficiency of a contactless world.

But with change, comes conflict. McKeown admits he encountered a handful of customers, notably older members of the public, who argued against contactless technology, going as far as suggesting that not accepting cash payments is “against their human rights, or the law”.

Although he is quick to add this is not the case for all. “You don’t want to alienate an older generation if you’ve got a loyal customer base, but they’re the generation that argue they can’t manage their money if they’re paying on card. In their eyes they need to withdraw £100 to know they’ve spent £100 that week,” he says.

“But these days younger, tech-savvy consumers have better ways of managing their spend, like via online banking or apps such as Monzo. It’s important we remember that in years to come it won’t be that older generation that has much of an impact on businesses, it will be the younger generation who are influential.”

However, Alison Sagar, marketing director and head of consumer at PayPal UK, argues that while the younger generation is often assumed to be driving the “cashless revolution”, in reality there is little difference between age groups and how they choose to pay. She also suggests businesses should accept all forms of payment.

“Our research shows that in the next year, nine in 10 shoppers over the age of 55 are planning to shop using their smartphones, either the same amount or more than shoppers aged 16 to 24,” she says.

“The speed, ease and security of digital payments benefits everybody, regardless of their age. Our advice to businesses is clear – it’s not about committing to cash-only or cashless, but about offering as many methods of payment as possible to make life easier for customers.”

It’s important we remember that in years to come it won’t be that older generation that has much of an impact on businesses, it will be the younger generation who are influential.

Edgar Rouwenhorst, CMO of fintech firm iZettle, which aims to simplify payments for small businesses, echos Sagar’s point on accepting all forms of payment, but he does think being entirely cashless could be an issue for older customers.

“Feedback we’ve received from our merchants is that there’s a risk in alienating an older demographic who aren’t used to paying contactless. These customers might decide it’s too much of a hurdle for them,” he says.

“We definitely aren’t against cash, we tell our merchant to accept all methods of payment, whether that be paying by cash, card or with their phone.”

He acknowledges that cashless options are not for everyone and some categories, such as the charity sector, are not ready to take on a fully cashless set up compared to retailers or restaurants, though this could change.

“For now we still need to deal in cash. But with more and more shops becoming completely cashless, this could definitely change. Everything brands and businesses do regarding payments is driven by consumer behaviours and they’re changing too,” Rouwenhorst says.

Rouwenhorst describes the payment component of a customer’s retail experience as the “biggest hassle”, saying the key is for businesses is to make the process “smoother” by enabling customers to pay in a seamless manner.

“The fact you don’t even have to get your wallet out of your pocket to pay anymore offers a completely different experience at the pay point,” he says.

“But I don’t think going cashless offers a competitive advantage because for now, it’s the total experience that’s a real differentiator. It’s also about having a good product and service.”

Cashless technology does offer some additional benefits though, such as the fact certain systems can recognise returning customers so businesses can offer a more personal service.

“One of the perks is that if you pay by card some systems can actually recognise that the customer has [shopped with a store] before and therefore you can give that person a really tailored experience,” Rouwenhorst says.

“A lot of it is driven by mentality. We see other markets where the cash society is very present. Though, consumer behaviour is driven by many other things other than just having your card in your pocket.”

Sagar advises other brands to take a similar approach and focus on using cashless technology to enhance the customer’s checkout process.

“Customers increasingly want speedy, simple payments – whether they’re paying in person, online or in an app. When shopping in stores, the practicality of not having to carry cash or wait for change is an instant improvement,” Sagar says.

For McKeown, he acknowledges independent coffee stores can take longer than the chains to brew speciality coffee, so speeding up the transaction process can help cut the time a busy customer might spend in store.

“Most of our customers want their coffee quickly so if we can speed up their waiting time at the tills then this really helps their overall experience,” he says.

“For our sit-in customers, it adds the ease of being able to take payment at the table with portable card readers rather than just have to run back to the cash drawer to fetch and count change.”

The future of cash

The UK is fast becoming one of the most cashless societies in the world, but it has a long way to go to catch up with Nordic countries such as Sweden, which are leading the revolution. Barely 2% of payments in Sweden are made in cash and according to research by Capgemini that figure is expected to decline to less than half a percent by 2020.

In the UK, Wales is leading the way to a cashless society with 46% of shoppers preferring to pay by card, compared to the national average of 37%.

However, cash isn’t dead and buried just yet.

A study carried out by Censuswide, and commissioned by Square, found just 17% of British shoppers are card-only consumers, an only 38% of people describe themselves as card-first shoppers – meaning they would typically try to pay with a card first before paying cash.

Additionally half of small to medium-sized enterprises in London still don’t take card payments, perhaps surprising given small businesses are expected to grow 35% on average in the Capital during the next 12 months.

“We still see cash as our biggest competitor,” she says. “In London there’s quite a strong behaviour around contactless payments, likely due to the work Transport for London has done with its payments systems. However, paying contactless is a very London-centric trend while outside of the Capital people still pay by cash.

“We know people are carrying less money but many businesses simply don’t see the need to accept card payments yet.”

The growth of the cashless economy creates many opportunities for businesses but it also raises challenges, and while cash-free payments will work for some operations they might not be right for others. As a result it comes down to understanding customers’ needs and keeping track of changes in behaviour.

“Customers are the ones driving the adoption of contactless technology. For businesses it’s about showing that you’ve listened to what your customers want, recognised that demand, and are responding,” PayPal’s Sagar concludes.